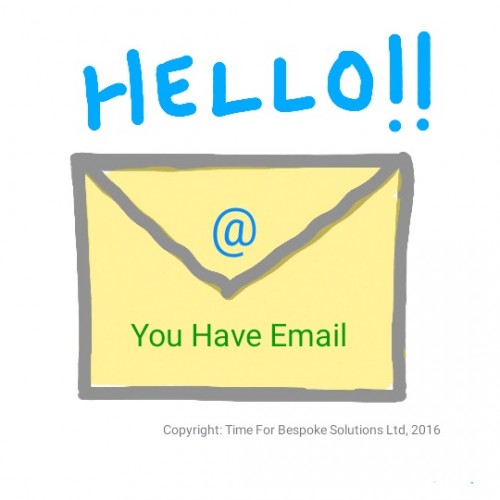 John is sitting at his desk. His colleague, Karen, has just passed the printer and noticed that he had earlier printed off a document that was still lying there. She decides to be nice (in fact she’s always nice!) and picks up the document and brings it over to his desk. Karen says, “I found this in the printer, realised it’s yours and thought I should bring it over. Oh, and by the way, you can help yourself to some cake. I brought it in because today it’s my birthday.” John is too busy to even raise his head, let alone say anything. He just ignores her as if she had not lifted a finger or said a word. Yes, you can relate to this type of behaviour. It’s something that occurs every day, in many offices. “STOP! What is he talking about? No it doesn’t. I have never seen anyone being that rude to someone they work with.”

So let’s run the scenario again, but this time the two participants are in different offices (different businesses even). Karen sends John an email. It says something like: ‘Hi John. Found this extra piece of information that I thought you might find useful. All the best. Karen’. Moments later John receives the email, reads it and thinks to himself; ‘Yes that is useful’. He then forwards it on to his team and goes back to what he was doing. Karen meanwhile is still at her desk, and some hours later is thinking to herself: “Did he get my email?; Was it useful?; Maybe he’s on holiday; Is he annoyed with me about something?; Maybe he thinks I am interfering too much or that I am an idiot.”

Karen, you are not an idiot. John is the idiot, and apart from his lack of manners (not hugely different to the original example) he quite frankly doesn’t appreciate you or your thoughts. Or at least that is the impression he has firmly left you with today! It may not be the impression John intended, in fact he probably feels entirely the opposite towards Karen. But the lack of an appreciation of the impact of his actions (or in this case lack of action) means that he is unwittingly either causing confusion or harm, or at the very least not taking an opportunity to encourage effective behaviour from Karen in the future. Bad enough if Karen is a work colleague, but considerably more so if Karen is a customer or supplier to John’s business. As a professional, surely part of your role is to ensure that you don’t do anything that implies that you are not fully engaged with one of your customers, let alone making them feel, even momentarily, the way Karen is feeling.

An email is not really that different to a conversation, and as such you should consider this every time you receive one (OK, excluding junk mail etc.). If someone is communicating with you, how hard is it to quite simply ping back a ‘thanks’? One word that says so much. It says that you have received the email; that you value the part the person is playing in the wider process; that you are happy to treat them as your equal; that you are appreciative. If they came up to your desk with the information would you not say ‘thanks’? Would it be acceptable to ignore them on that occassion, using the excuse that you were far too busy to acknowledge their existence? I very much doubt it. So, just because it’s an email, don’t ‘not do it’ just because you can’t see them, and all around you can’t see what’s happening. Stay professional, and focus on portraying the best possible image of the business you are representing whilst dealing with its customers and suppliers. 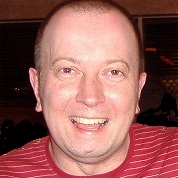 With over 30 year’s experience, Neil has worked successfully within the Services, Financial and Environmental Sectors gaining first hand experience of performing, at a high level, a variety of leadership, managerial, people development, coaching, consultancy, marketing, sales and financial roles. Neil reflects on all of his valuable experiences and blends this with additional knowledge gained through his continuous appetite for self-development in order to support and develop managers, business leaders and their organisations with a wide range of training and people development solutions. On a regular basis Neil produces motivational, thought provoking articles about subject matter relative to our services. These ‘quick hitting’, informal articles are designed to give you a taster for the subjects being discussed.

Neil Middleton of ‘Time For’ helped us with bespoke professional development, advice and support for one of our team. He helped bring a fresh perspective with great results. I am writing this after several months of seeing ongoing benefits from his advice. Neil’s approach really worked well at teasing out the issues and finding sensible solutions, and all in plain English. Thoroughly recommended.

Neil’s leadership qualities, experience and communication style are abundantly evident as he guides you towards where you need to go. You are always his priority as a client

Neil talked with us in detail about management techniques and the general running of our business, in order for our business to become more effective, stream-lined and productive. He did all of this in a calm and non-judgemental manner. We would highly recommend his services for helping businesses improve and reach their full potential

Neil was fantastic help during discussions with him on establishing my new company, and his support and advice gave me a lot of confidence heading into the future

Neil takes you through, step by step, how the annual accounts of company are constructed. He does this in a way that’s enjoyable and clear, and he gets everyone involved in the process

Your help has led us to being more dynamic and responsive as a business, resulting in increased profits and a greater market share

Time For… exceeded my expectations. They listened and quickly identified the individual needs of our sales force and of our particular target audience

The training provided by you gave us confidence in understanding our products and their unique selling points. Thank you for the invaluable contribution you have made

Receive notifications about new courses, latest news and our blogs.